Marie Antoinette, the queen of (our) hearts

By The Louwkuls In Life
life Marie Antoinette

Plastered over social media, printed on millenial’s t-shirts and typically used as some form of guilt trip.

This is a phrase you often hear, but cannot fully comprehend until you have experienced the unconditional love from an animal whose life you changed by adopting it. 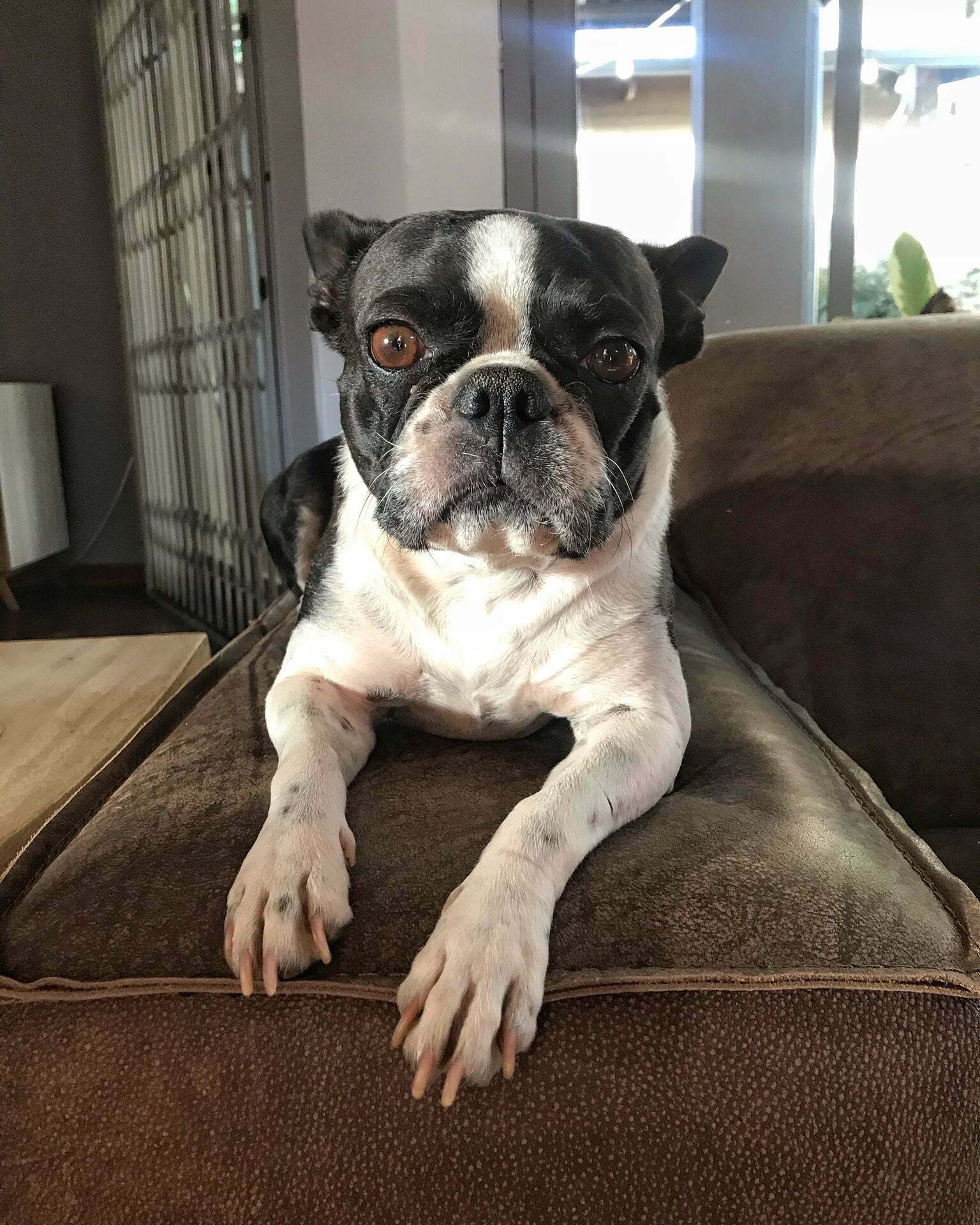 We have been romanticizing the idea of getting a French Bulldog since our honeymoon in France during 2013. Needless to say this designer breed is only really available from breeders whom have clearly figured out the ridiculous degree to which they can exploit these cute faces.  Beyond the inflated prices, of around R25 000 to R35 000 in South Africa, our moral predicament regarding adoption sought to it that we never had the stomach to make the splurge.

After countless attempts on the Frenchie Rescue pages our eyes started wandering to some of the other rescue organizations out there. It’s astonishing how many of these are being well managed. We ended up making contact with Boston Terrier Rescue, Pekingese Rescue, Spaniel Rescue, Pug Rescue, AACL (Animal Anti-cruelty League) Johannesburg, Woodrock animal shelter as well as a several local SPCA branches.

Other criteria was that we preferred a dog with shorter hair and of medium size, we also fell in love with the flat faced dogs for some reason. It is just irresistible despite potential snoring.

So after a few attempts of trying to adopt (mostly the dogs were already reserved) we saw the post about Marie Antoinette, named Oreo at the time. Despite the many marks and wounds across her little body it was love at first sight. The rescue institution described her as relaxed, will wait patiently for you while at work, but must be an only dog. The post was 2min old and what followed could be described as the equivalent of a Black Friday rush.

Fast Forward one week, which included a home inspection, we had little Marie Antionette, as we decided to call her due to her love of the champagne life, especially food. She did not respond to Oreo and we felt it appropriate to mark this new era with something extravagant.

We could not be happier, she completely stole our hearts and the best thing was that we did not have to train her, she doesn’t chew anything, does her business outside and sleeps through the night (even longer than us, definitely NOT a morning dog). She is loving and also very witty and self-assured, but perfect for us in every single way. True to the requirements she doesn’t like other dogs.

The rewarding experience of seeing her personality unfold as she becomes accustomed to her new home, goes far beyond the temporary rush of buying a puppy. 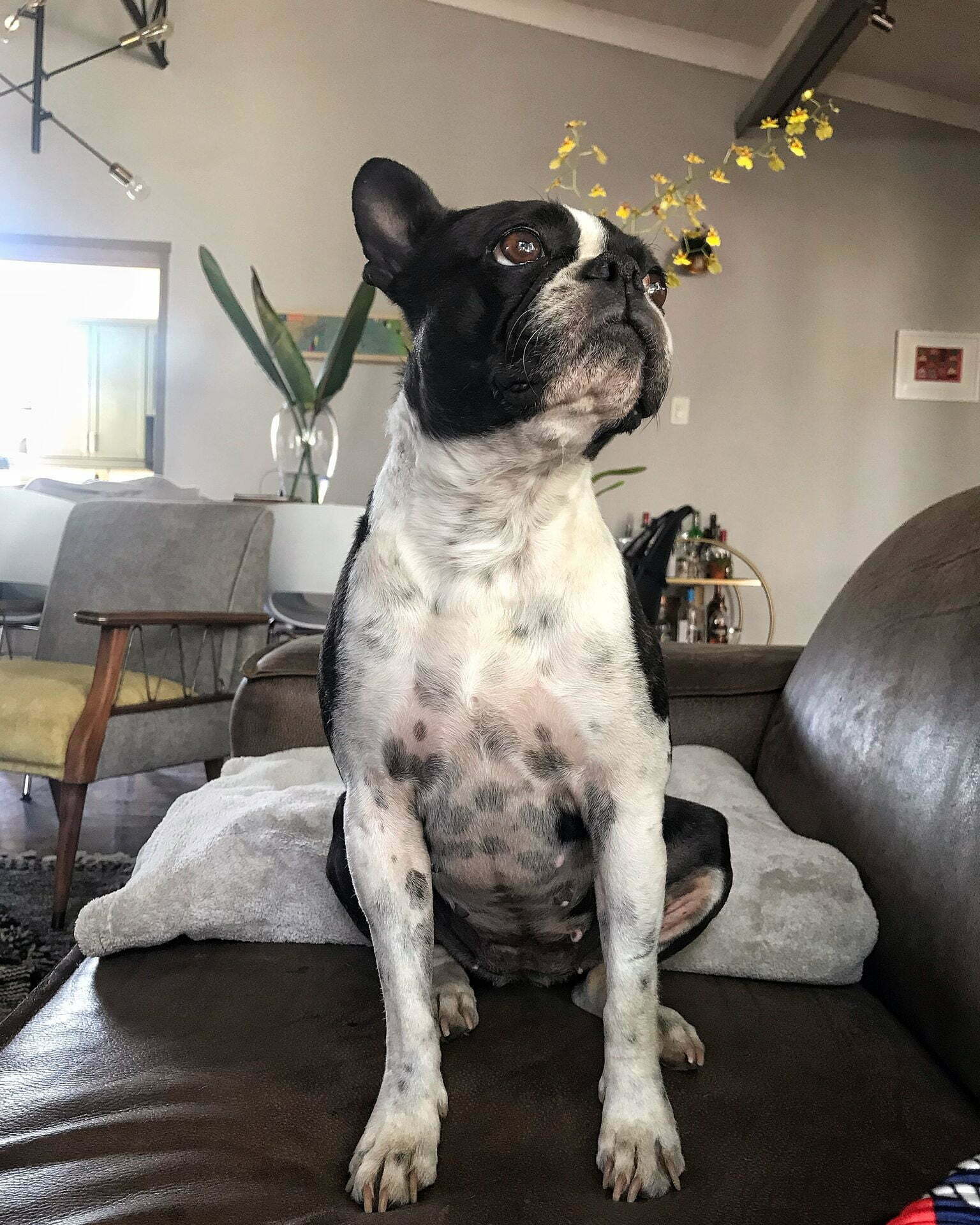 So after all we’ve got the t-shirt, Adopt don’t shop. There are so many dogs out there in need of a loving home – if you already have a pedigree dog that’s also fine, but get a little adopted brother or sister for them.

Without being to biased you can add Boston Terrier Rescue as a charity to your Woolworths MySchool card and it doesn’t even cost you anything to donate to a great cause.

Date Night, every night in Pretoria

What you should know about Pretoria’s Jacaranda trees